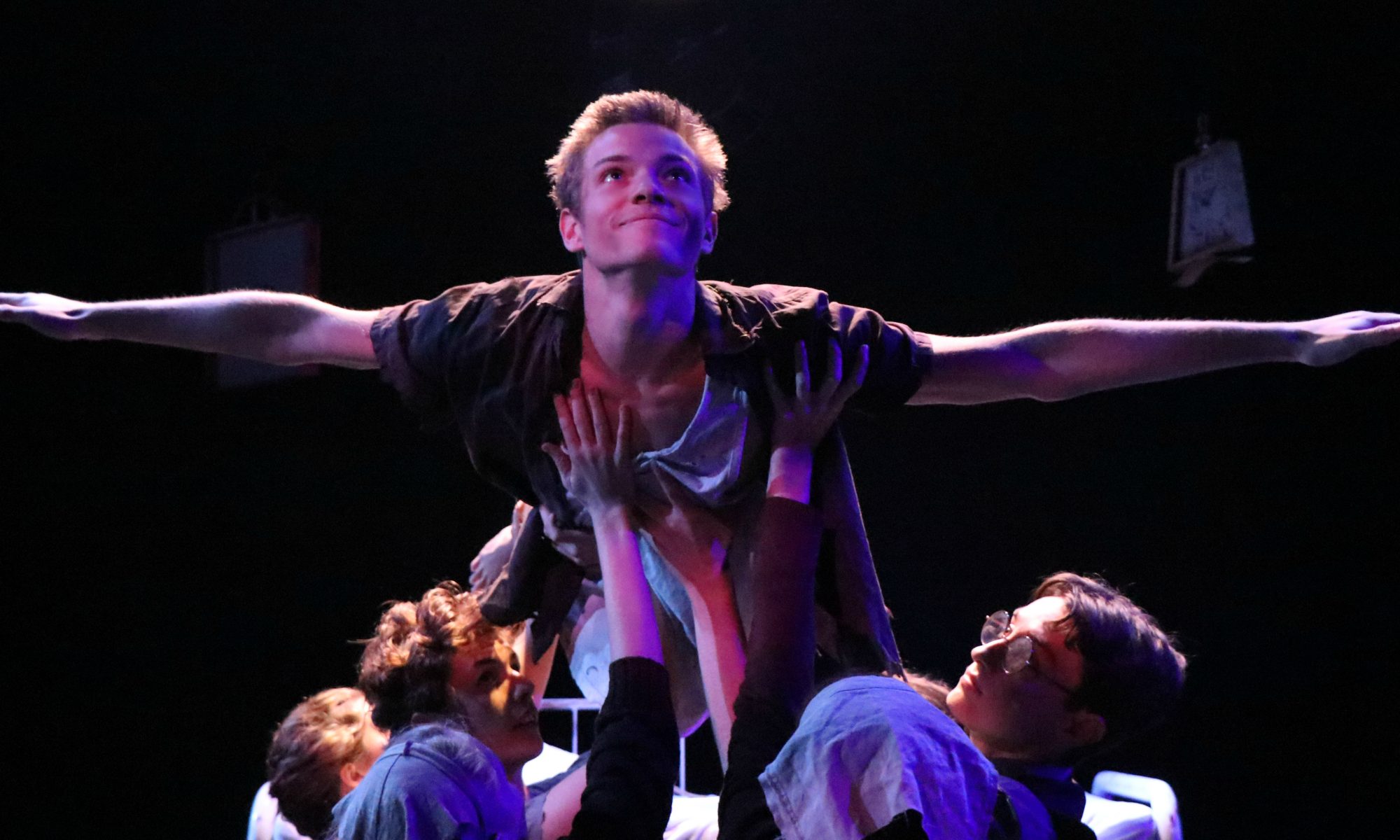 Trapped in an institution and unable to fly, Peter struggles to distinguish between real and make-believe. How will he find his way back to Neverland and how will the children in the orphanage learn to grow-up when Peter wants them to stay young and lost forever?

Take Me To Neverland is a dark re-imagining of JM Barrie’s Peter Pan. This production cleverly deconstructs a classic children’s tale to expertly explore mature themes through familiar and accessible characters. Through Peter’s struggles, TMTN examines not only the prejudice and abuse against ‘mad’, institutionalised patients in the past, but the stigma which still follows mental health in our society today; examining how even the best intentions can affect those who are suffering. TMTN follows Peter’s life in two locations (ten years apart), an orphanage and a mental institution both in the early 1900s in Kensington, London. The script is complemented by a new and innovative execution of the performance- blending forms and styles to create a contemporary, hybrid experience. Although the story is confronting, it never feels weighed down; comic moments and child-like wonder shining through the darkness for a perfect balance of tone.

Take Me to Neverland ran at the Civic Playhouse Newcastle from the 11th-13th of January with the following cast & creative team:

Recommended to high-school ages and above. Includes mature themes including images and references to violence, abuse, suicide and psychological trauma.

Excellence by a Male Actor under 18: Tom Rodgers- Take Me To Neverland (NOMINATED)

Excellence in Lighting and audio-visual design: Lyndon Buckley- Take Me To Neverland (NOMINATED)

Take Me To Neverland (Rehearsals