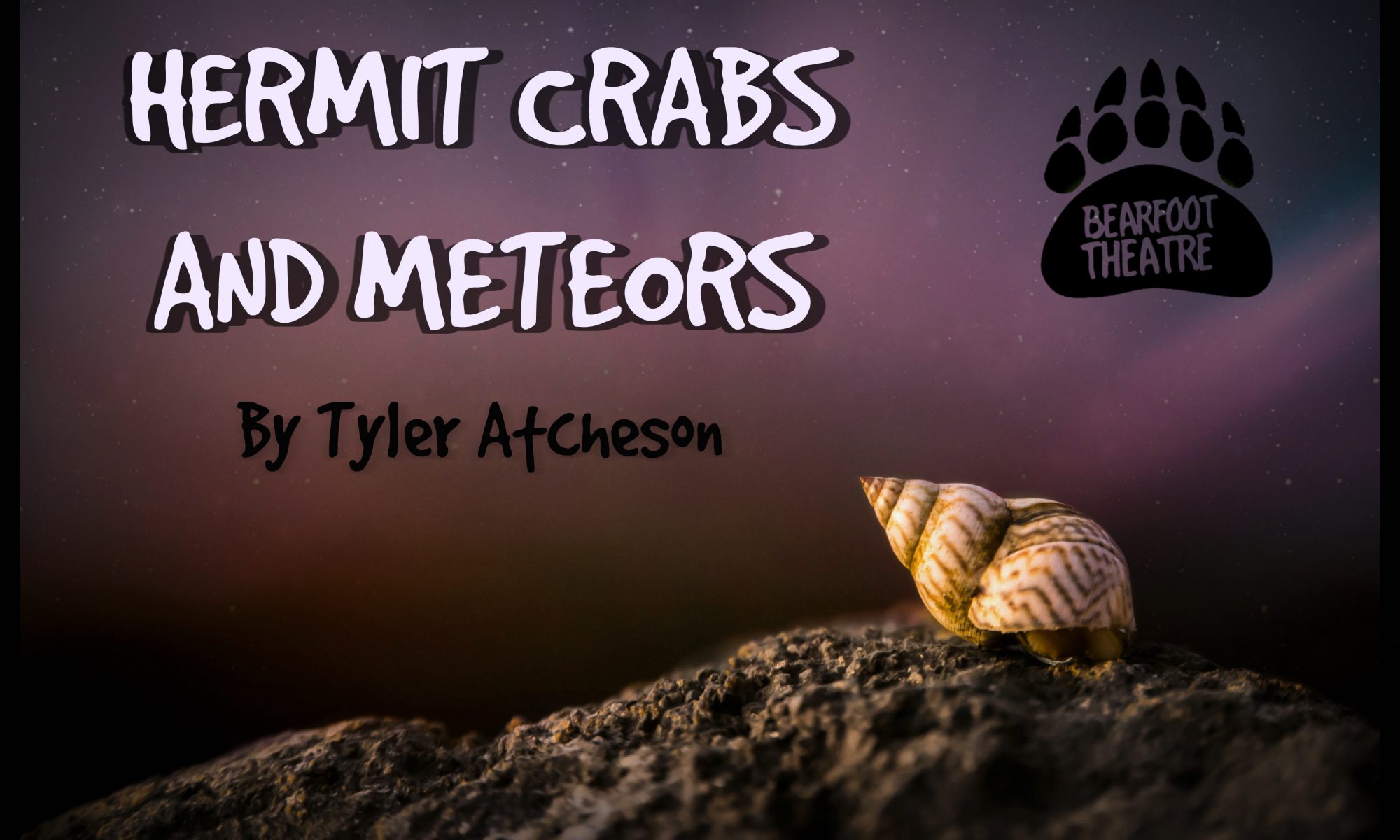 Auditions are now open for our first family friendly production: Hermit Crabs and Meteors by Tyler Atcheson and directed by Riley McLean. The show will run at the The Royal Exchange from 7th – 10th of March 2019. We are looking for performers aged 14+ for the character of EMILIO and 16+ for everyone else. There is no maximum age.

EUGENE: Melancholy and inexpressive, Eugene spends a lot of time on his own and doesn’t do well with social interaction.

GILL: A wide-eyed and extremely eccentric woman. The world is still a very new and exciting place to her.

MR CODSFISH/VOICES: Eugene’s pompous neighbour with an eye for the avant-garde/ voices from the meteor.

SANDRA/VOICES: Rough around the edges and loves to talk. She fixes roofs but she’d rather fix people’s problems/ voices from the meteor.

Auditions will be held in early January. Please email us at info@bearfoottheatre.org.au to request an audition pack!